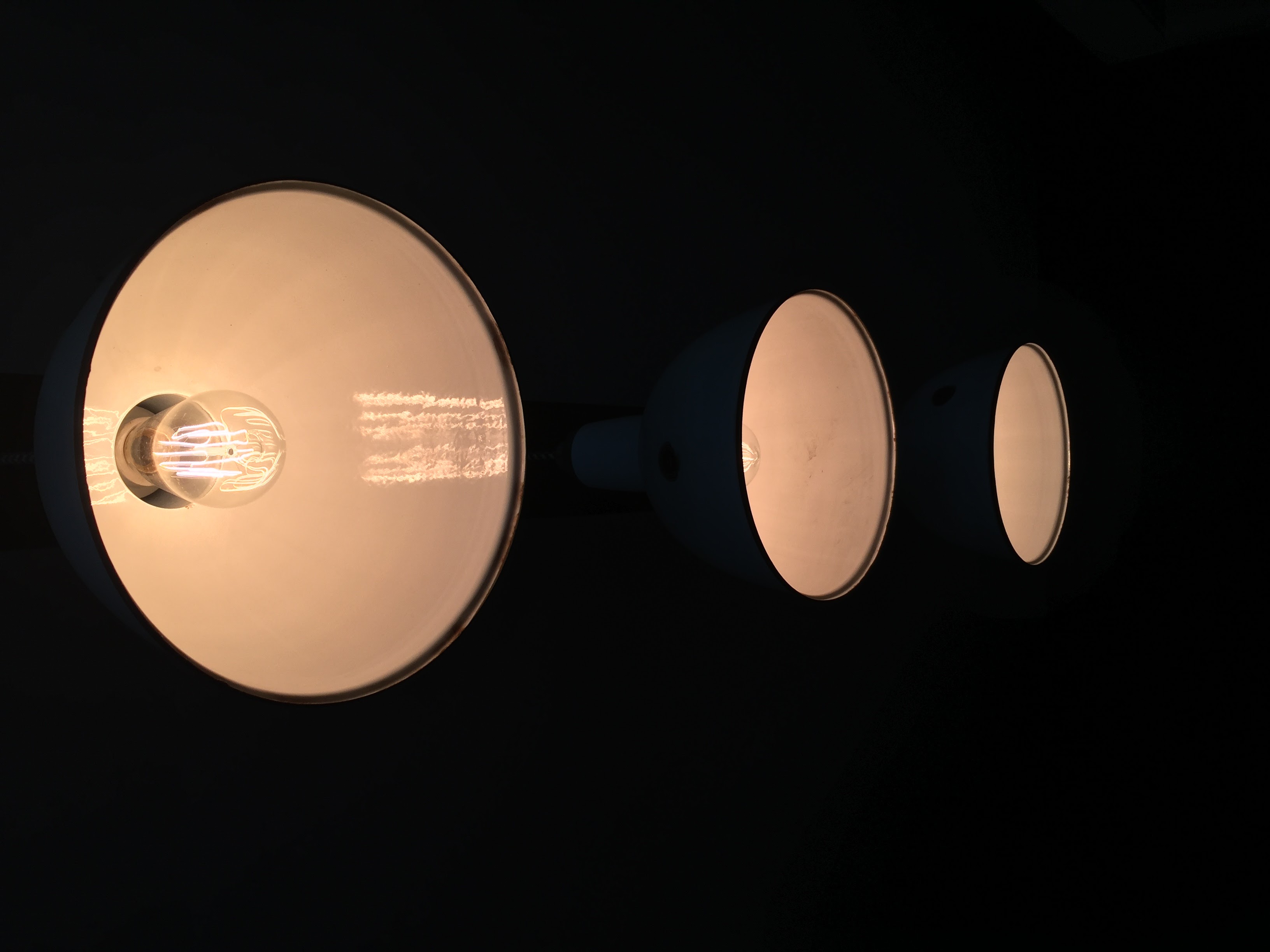 26 weeks since we started this. Half of a year. Are we done yet? The goal of late was to have everything wrapped up by the end of the day Friday, so that on Saturday morning I could finally go downstairs in a house that was only occupied by people related to me and fire up my stove and fry an egg. Are we done are we done?

This was a pretty huge week here.

All of the finish trim around the sink wall cabinetry is in place. It looks pretty great.

The major delivery this week was the countertops. Kathy’s wedding ring is no longer the most expensive rock that I’ve ever bought. Also apparent in these pictures:

It’s a good thing that the dishwasher is running, because it’s been going non-stop. Even though we stored all our dishes and cookware in ‘sealed’ plastic tubs, everything came out with a layer of construction dust covering it.

Kathy found a great funky dining room table at an Antique Wood place near us — the wood is reclaimed from a barn someplace (they’re supposed to be getting us the story behind it) and also a church pew that we’re going to refinish and use as a banquette on one side. BONUS: They traded us the pew for the old mantle that we took off the fireplace. I had the architect include a shelf specifically so I’d have a place to put something to play music not knowing that I’d come into possession of a SONOS Play:3 that’s just perfect for this.

Woke up this morning (Sunday, a day later than I wanted) and cooked bacon, home fries, and eggs, and we ate sitting at the new table and it was good and that’s all that I ever really wanted out of this.

Early on in this project as we were starting to get the first indications of how frustrated we’d be as we went through this, between the stress of decisions, of ants trying to destroy the house, of underlying construction problems that we had to pay to fix before we could pay for the things that we wanted, of cabinets that were always glimmering on the horizon but for so so long not coming any closer into view,  I started to joke to people that if Kath and I made it through this project in one piece that we’d be together forever.

The closer we get to the end of this, I don’t think that it was ever a joke, really.

Home, is where I want to be
But I guess I’m already there
I come home she lifted up her wings
Guess that this must be the place